Performs Boolean union operations on 3D solids and 2D regions by adding set of entities to another set to form a single entity.

3D solids that are joined through the Union command often look no different after the operation: 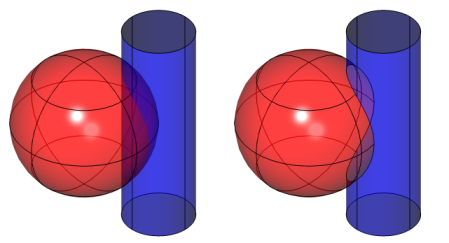 This command also applies to regions:

Intersect - removes volumes not in common between two solid models.

SolidEdit - edits the bodies, faces, and edges of 3D models.

Subtract - removes one solid model from a second.