Exports all visible objects from the current layout to the model space of a new drawing. The command can only be used in a layout. 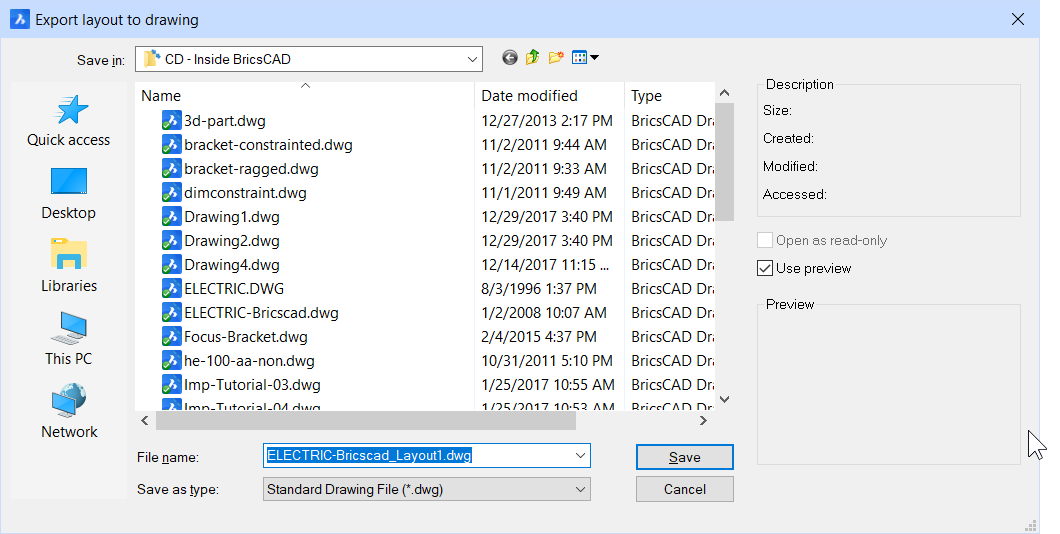 Type a name in the File name field, then press the Save button.

Now that viewports are converted to polylines, and that entities are trimmed by the viewport boundary.

Export - exports the drawing in a variety of raster and vector formats.

WBlock - writes blocks and other drawing parts to files on disk through a dialog box.

-WBlock - writes blocks and other drawing parts to files on disk through the command bar.