Applies a coincident geometrical constraint to points on two entities. (This command is equivalent to using the Coincident option of the GeomConstraint command.)

Note: The second entity that you select is moved or stretched to coincide with the pick point on first entity.

Select first point or [Entity/Autoconstrain] <Entity>: (Select a point on an entity, enter an option, or else press Enter to select an entity)

Select second point or [Entity] <Entity>: (Select a point on an entity, or else press Enter to select an entity) 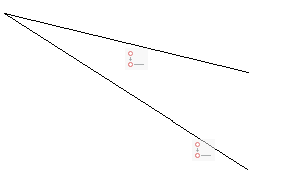 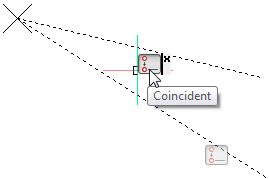 To remove a constraint, click the tiny x on the constraint bar: