Constrains two entities or points to lie symmetrically with respect to a selected line. (This command is equivalent to using the Symmetric option of the GeomConstraint command.)

Note: The second entity that you select is moved or stretched to be symmetric (mirror-like) to the first entity. 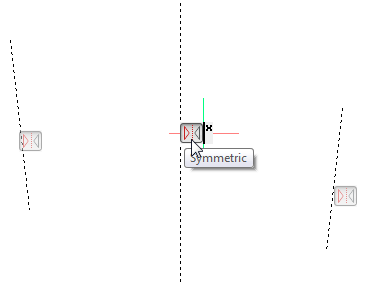