Imports the geometry from external files into the current drawing. 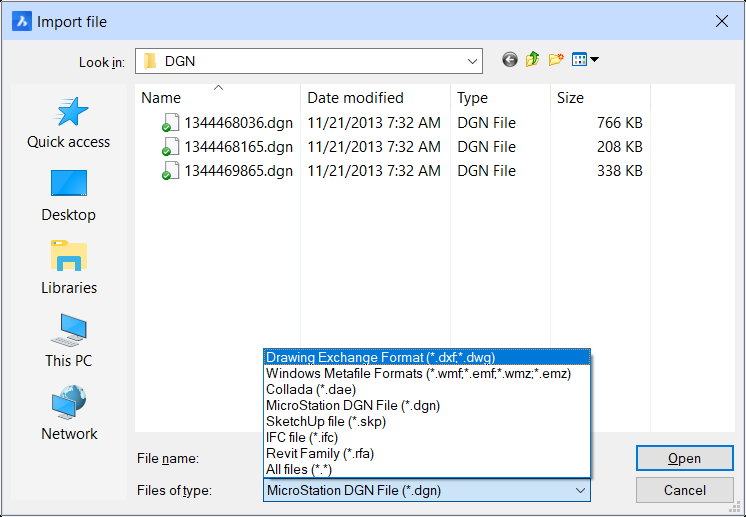 Choose a file, and then click Open. The file is opened in the current drawing.

The following 3D formats are available through a separate extra-cost module,
BricsCAD Communicator; download it from the Bricsys website.

The import and export procedures using Communicator are controlled through a series of user preferences. See the Communicator section on the Settings dialog.

Materials copied to the document material library will not be erased in Undo operations.

Import an IFC project as Xrefs

CommunicatorInfo - checks whether the Communicator product is correctly installed and prints a diagnostic report in the Prompt History window.

dmSimplify - simplifies the geometry and topology of 3d solid entities.

DmStitch - converts a set of region and surface entities that bound a watertight area to a 3d solid.

Export - exports the current drawing in a variety of raster and vector formats.

IfcExport - exports a BIM model to IFC, partially or entirely.

InsertObj - inserts objects from other applications.