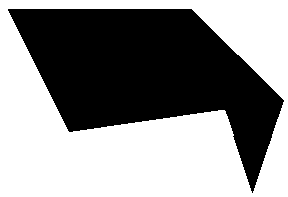 Set first point of plane or [Rectangle/Square/Triangle]: (Pick a point, or enter an option)

Fourth point: (Pick another point to draw a quadrangle, or else press Enter to draw a triangle and exit the command)

Third point of plane: (Pick another point to draw an adjoining triangle, or press Enter to exit the command.)

2D solids can be edited directly through grips:

Boundary and -Boundary place a polyline boundary inside closed areas.

Properties - changes the properties of solid.